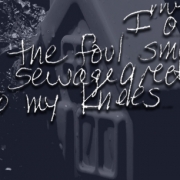 In October 2017 Steven Carpenter was hired to be a Disaster Caseworker at The Salvation Army’s Operation Lasting Hope Disaster Assistance Center (DAC). He had no idea what to expect, he just knew that he liked helping people. Since then Steven has closed more than 81 disaster cases in the Naples, Flordia area. This is the story about one of Steven’s cases…

When Hurricane Irma threatened to make landfall in Collier County of September 9, 2017, Karen made the difficult decision to evacuate, even though her tiny 494 square foot East Naples cottage weathered 85 years of storms. She quickly packed a few items, her two pets, and left everything else behind chosing to shelter with friends.

After the Irma passed, she anxiously made the drive home. She felt a moment of relief when she saw her beloved home was still standing, then she opened the front door.

Water was everywhere. She was horrified by the destruction as her lungs filled with the putrid smell of raw sewage. She knew that it was unsafe to be there; but she desperately searched for anything salvageable. Only a few pictures that were hung high on the walls could be saved. Everything she owned was lost.

Her legs remained strong until she returned to her friend’s house, where the gravity of the situation forced her to knees. She remembers saying “I don’t know what I’m going to do.”

Looking back, Karen said it was “tenacity and hope” that gave her the strength to get her through the next 528 days.

Karen used all her savings to purchase the home in 2014. Because insurance rates were quoted at $800 a month for a limited coverage policy, she felt that investing in repairs and improvements would be a much better financial decision. Little did she expect that 3 short years later, all of those improvements would be utterly destroyed.

Once the initial shock wore off, Karen’s first order of business was to submit an application to FEMA for assistance. Upon inspection, FEMA told her that the watermarks inside indicated there had been three to five feet of water in her home depending on what room you stood in. The canal located just 520 feet behind her home had surged that much! FEMA issued a check covering 17% of her original purchase price and a temporary housing voucher for $2,000. Grateful for their assistance she set her mind on rebuilding.

Samaritan’s Purse helped her gut her home down to its frame. Treasured belongings, clothing, furniture, electronics, and appliances all set on the curbside for the debris removal trucks. As heartbreaking as this was, at least she felt things were heading in the right direction, and then she got the phone call.

Karen stepped into the hallway outside the conference room at work to answer, it was the county. Co-workers heard her wail upon hearing her house had been condemned, it would need to be completely demolished and the new county codes for the building had been set even higher. Hope looked lost.

Time had run out on temporary housing assistance too. Karen was forced to move seven times until a friend helped her find an affordable apartment that would accept pets. Affordable meant run-down and in constant need of repair.

Having a doctorate degree and being a single woman without children left her outside of any demographic sectors that might quality her for charitable or grant opportunities. Karen was quickly losing hope. Yet, the tide was about to change: The Principal at the Collier County Public Alternative School where she worked told her about the “Richard M. Schulze Family Foundation Disaster Assistance Grant for First Responders and Educators Impacted by Hurricane Irma” grant program managed by The Salvation Army of Collier County. Karen quickly made an appointment to meet with Steven Carpenter.

At this point, Karen was learning to navigate Collier County permitting rules AND the U.S. Small Business Association’s (SBA) federal disaster loans for homeowners on her own. In addition to her day job, she had to become a building contractor, deciding that it would be the only way she could cut costs enough to rebuild.

“For the most part, Karen was her own advocate,” said Carpenter, TSA caseworker. “At first, she didn’t qualify for the initial educator’s disaster grant from the Schulze Foundation when she applied in 2017. However, in February 2018, the foundation decided to better define the salary threshold. That’s when I called Karen back.”

“Frankly, I didn’t think anyone meant it when they said they would keep an eye open for other opportunities as they came available, so I never expected to hear back from Steven,” Karen confided.

One of the requirements to receive her Certificate of Occupancy from Collier County was that appliances had to be in the home prior to approval. The Schulze grant provided those necessary appliances to meet those requirements. She said the Best Buy employees at Best Buy of Coconut Point treated her with dignity and kindness and “They went above and beyond to find a way to store the appliances until her home was ready for installation.”

Karen explained, it was the moment’s of kindness she experienced here and there, that kept her going as she faced each new hurdle.

The following are just some of the major hurdles she had faced:

4-5 month delay to get a permit to demolish: Cost $12,000.
Get a variance to build a home under 1,000 square feet (new county neighborhood code required a rebuild to be 2,000 square feet).
Appeal SBA’s policy to “restore the homeowner’s primary residence to its pre-disaster condition” and allow her to add 300 square feet to satisfy Collier County’s variance allowance.
8.5′ engineered foundation stem wall: Cost $36,000.
Manage a variety of sub-contractors. She brought them lunch every day, just to make sure they didn’t take advantage of being unsupervised.
Cut costs by making sure building materials did not go to waste. One night while making sure to meet dumpster requirements, she found the handles to her new storm windows.
She sped through her hardship Fidelity 401k withdrawal and was unsure if SBA would keep approving additional loan applications (payouts are done in $25,000 increments, and each application requires extensive documentation). When it came time to build the roof, hope looked lost.

“Then the Angel that saved the day called,” said Karen. “Steven didn’t know how hard I prayed the night before.” He was following up on a second program he found and informed her she was eligible for the American Red Cross Hurricane Irma Financial Assistance (HIFA) grant. “How could he have known I needed exactly $6,000 for the roof?” Karen was overjoyed as it bridged the gap and made it possible for her to see things through to completion.

Karen moved-in February 20, 2019. Today, she credit’s LOVE for all the blessing that carried her through this journey. She writes: 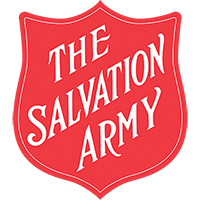